Take a look at this idea... getting people down to the water's edge of the NYS Canal 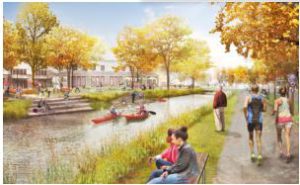 There's some exciting things floating your way on the new Erie Canal and we hope to keep you abreast of it all.

RE-IMAGINE the CANAL is a bold project envisioned by the new owners, The New York Power Authority. You can read more about it following these links.

Here's a set of pictures showing the first 6 proposed changes from the Reimagine effort. Some changes are to well known Canal Structures like Guard Gates and Moveable Dams. These will not only add a layer of safety but also enhance the overall canal experience. 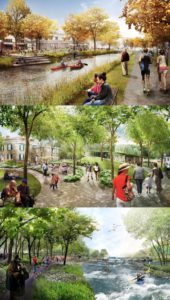 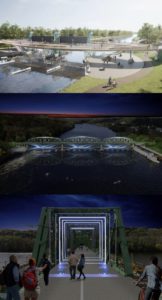 Other changes shown are to locations that will be transformed, Like Seneca Falls and Canastota. The first Canal-based Kayak Run will be set outside Seneca Falls. The first "pocket neighborhood" will be setup using current Canal Corporation land and untap the potential of that property.

All of this is owned by NYPA now. And Taxpayer support is NOT required to operate the NYS Canal System anymore as a result. The new owners are making changes to a property that has long been underutilized and maintained poorly.

The first thing they need to do... Make it Safe.

After that their plan is simple... Light it up and they will Come...