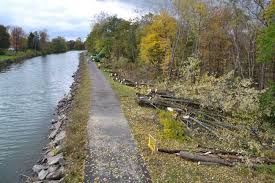 It's not hard to imagine that trees fall or get blown over in NY State.

Most times it's a simple cleanup, but not when it happens to trees on Earthen Dams that line the NYS Canal System. Getting at the trees to clear is a challenge, wondering if the tree or limbs fell on a statewide canal trail running along the Barge Canal has become a nightmare for it's new owners.. New York Power Authority.

The time has come to change all that... it's time to clear off the NYS Canal, that started as the Erie Canal more than two hundred tears ago. It's time to make it safe, and ready to transform into it's next iteration, one that serves a 21st century recreational use.

The NY Canal Corporation is undertaking just that.. a comprehensive safety program to clear the clutter, remove the inherent safety & liability risk to the State of NY and restore the main Barge Canal channel to a "like new" state... circa 1918...when it was created.

It's called the Earthen Embankment Integrity Program and you can learn more here : 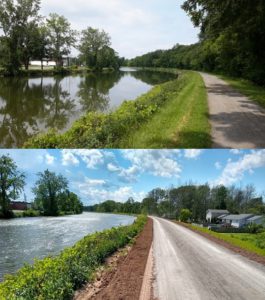 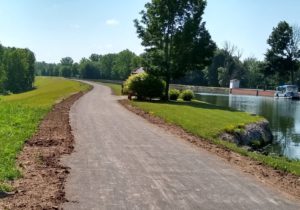 It's a bit messy at first

But when it's done it's safe 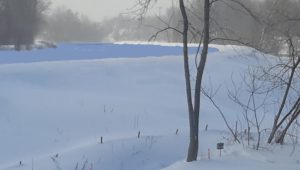 Because the NY Canal Corporation doesn't want this to happen here 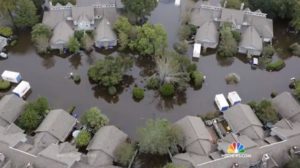