The referenced Article 75—the Climate Change article of ECL that was added by the same enactment—includes Section 75-0107, “Statewide greenhouse gas limits.” It calls for these emissions in 2030 to be 60% of 1990 levels, and in 2050, 15% of 1990 levels. The law’s preamble has an aspirational goal of a 100% reduction by 2050. The law also has binding requirements that by 2030, at least 70% of New York’s electricity come from renewable sources, and that by 2040 100% come from “zero emissions” sources, which means renewables plus nuclear.

We have heard rumors of the NYPA looking at the Erie Canal as a source of hydro electric power, and it would appear that is a reality after reading this article.

The canal is already a prominant electricity producer, as seen here

"New York is home to some of the best small hydro facilities and potential in the country, hosting over 200 small hydroelectric facilities under 20MW. With a combined capacity of approximately 830MW, these hydroelectric plants represent a resource nearly equivalent to the Fitzpatrick nuclear power plant. They provide clean, renewable energy and hundreds of jobs to the region." 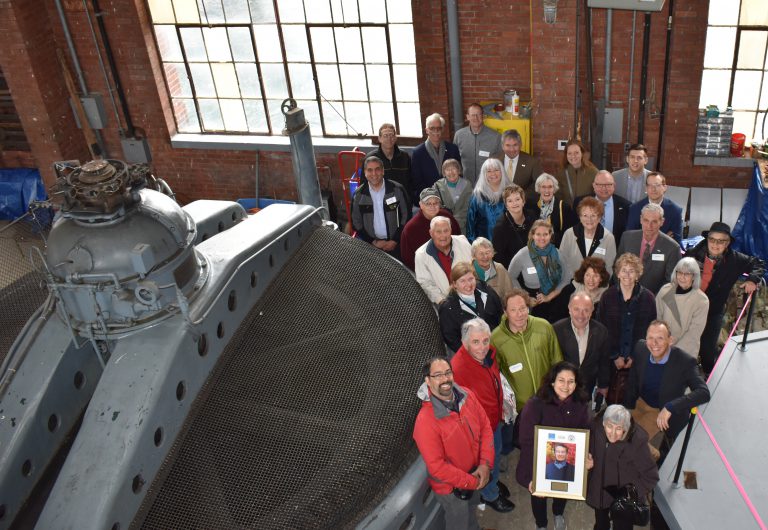 Own and operate 74 hydroelectric facilities in New York, harnessing the power of water to generate enough clean, renewable energy to power close to 285,000 households annually. Brookfield is committed to protecting and enhancing ecosystems near our facilities by aligning with organizations like Parks & Trails New York who advocate and enhance New York State parks and trail projects. Parks & Trails New York has transformed these outdoor recreational areas into premier destinations for all to enjoy.”

It is really surprising to find so many companies in New York already using solar and hydroelectric power systems. It makes so much sense for the State to expand the concept into numerous new areas, especially the canal.

Imagine this!  A body of water come from Buffalo, after probably being used to generate power upstream, to be channeled several more times through various small hydro plants along the canal. Finally ending up as a kayak white water flume and supplying water to a local farm. It's a very efficient idea, and one that should be encouraged.