Continuing discussion on pluses & minuses of the 2010 NYS Government Reorganization and Citizens Empowerment Act (GRACE) that we covered here,  have graphs showing a view about Village Dissolution. Take a look for yourself at the data & conversation, CLICK the link below. 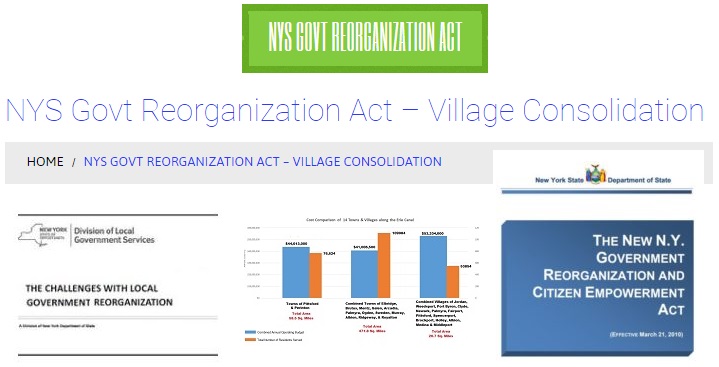 One thing that could not be shown until today is how popular this village dissolution "movement" has become. Again it's all the same data that has been shown but with a different viewpoint. For understanding popularity, the formula is fairly simple... Total Village Dissolutions shown over Time. If this idea of reducing tax and cost has become more popular, with recent changes, like the 2010 law. the trend lines should show that fact by becoming steeper in slope.

So we took the table of Villages that Have Dissolved in NY State... and did just that. 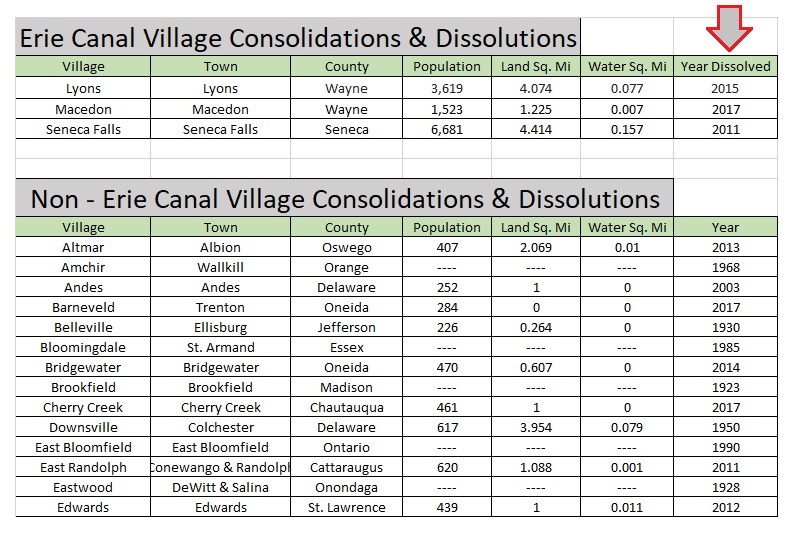 We used the notes provided with this data, which showed the year that the Villages were dissolved and compared that over time from the oldest Village dissolved in 1900, to the latest in 2018. We have created the new graph below and it shows a few key findings that were unexpected.

1) Village Dissolution is happening across the state, along the Erie Canal and in many other places and it has now cleared a milestone of  a 10% statewide reduction in the number of Villages. 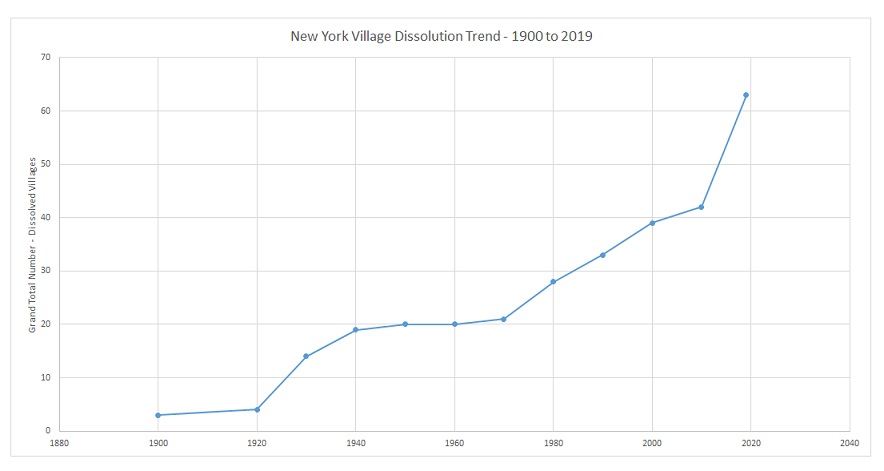 So it starting to look like it will be a question of when, NOT IF a Village will dissolve or try to consolidate with it's Township. So says the graph.

The need for this smallest level of local government has passed. There was a time when Villages served a function for residents, especially along the Erie Canal. But in most cases the most successful villages became cities over time, those who did not, have fast become a burden to the tax payers supporting them.

The graph trend line above, shows that New York residents, those in the Villages & Towns across the state, are starting to hear the message about too much government, too much taxes, and a new law that helps bring it to an end. Many village residents have decided to use their "citizen empowerment" to bring about much needed change, a good change that helps everyone fairly, Villager & Town Residents alike.

What will your village do when it comes time to answer the question of Government Consolidation?

Is it time for your Village to put the matter of Village Dissolution up for a Vote?