An active discussion on NYS Government Reorganization is needed

I'm writing this post in response to recent activity from the ECNA Forum. I also have taken the time to look at some of the data I've shared here and see that it's even more obvious that people in Villages really should start grabbing the life line they have been thrown with this NYS Government Reorganization & Citizens Empowerment Act.

You can read that FORUM THREAD HERE.

Like most changes in small communities, the topic of Government Consolidation is going to ignite a firestorm of emotions, and most likely divide communities long before it brings them back together. There will be groups on both sides, those who cherish what we have along the Erie Canal, and also those who are asking for help with their village tax loads trying to provide it. Some will say "it's too bad you have Village Tax, others will say "we can't support this any more". At some point push will come to shove and things will happen to resolve the whole matter...and life will move on.

Sadly in the end the entire point of "why" the New York State Legislature adopted this Government Reorganization Act will be missed. It was purely a FINANCIAL decision.. it made the best sense for the State of NY and it's Taxpayers. It was the best cost cutting proposal that could be done to give some relief to an overtaxed state population.

In the end it's those same taxpayers that will be arguing about why this is good and bad, only a few will stay on the topic of what is the financially SOUND & LOGICAL thing to do. Sadly those with more money may win the argument, and those who are struggling to make ends meet may have to take more drastic measures and cast votes that make sense.

What the NY State Village data shows.. just a giant table of numbers to some. Click the picture to see where this is located. 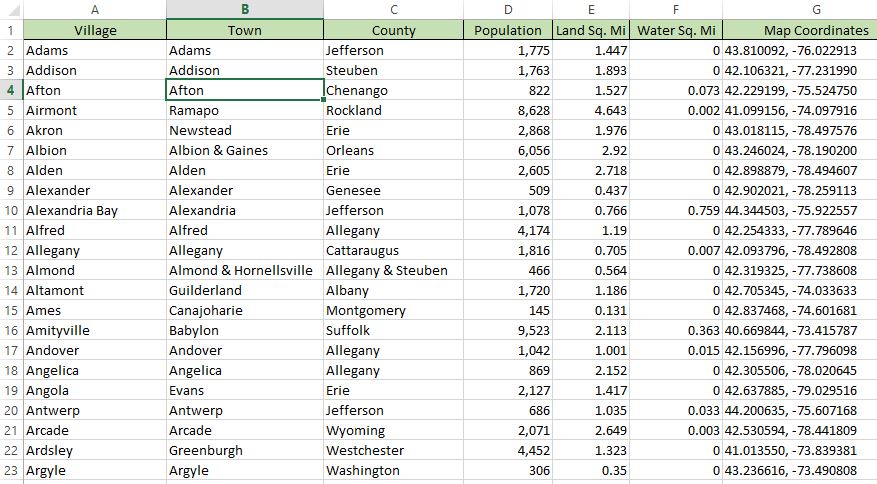 It may not look like much but it tells a tale once you start to sort things out. It was obvious enough when State Legislators were looking at these numbers, that changes could be made to lower taxes and save NY money. When you look at a BIG problem there are things that stick out right away, for those in data analysis or accounting..it's those items out on the end of a standard Bell-Curve. Here's what a simple breakdown looks like of this data

While you are looking I will ask one question for each image, that is a simple WHY. 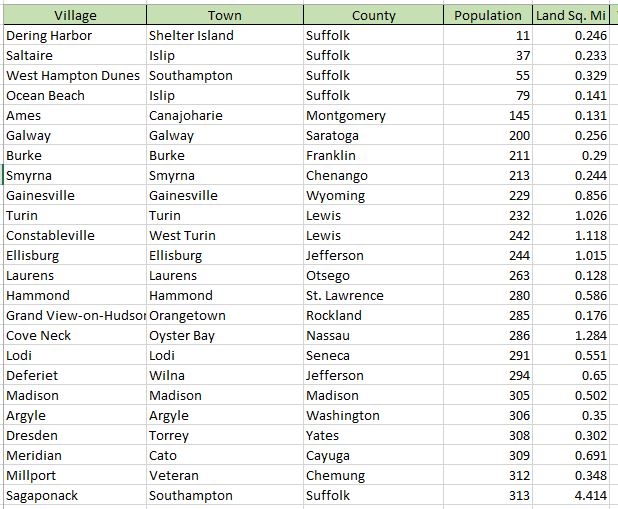 WHY would anyone think having a village of less than 100 should burden taxpayers unduly? 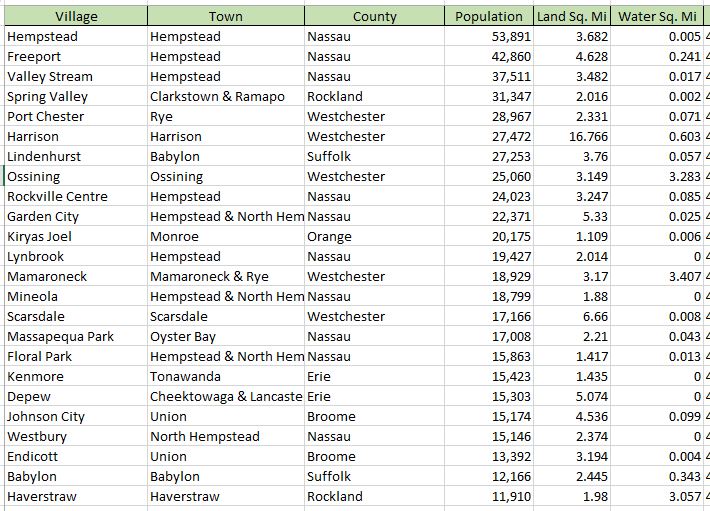 WHY can't people recognize what the proper size limits should be for a Village, when is it a city? 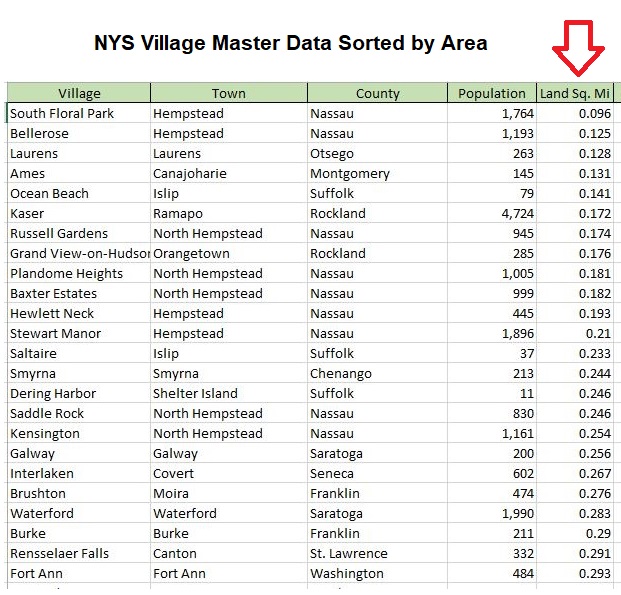 Why can a Village the size of a shopping mall parking lot be on this list?

Just a cursory view of 534 NYS Villages shows that 168 Villages have populations smaller than 1000, a full 65%  of NYS Villages have less than 3000 people paying the cost of keeping those villages solvent, inside of Towns with larger populations that are paying fair shares. There are 34 villages with populations over 10,000. It might be time to consider folding into the nearest city...many others have.

The 10 smallest Villages have a total population of 1412 residents, the 10 largest have 320,000. The difference in extremes alone would warrant a closer inspection and understanding, that much is owed to the tax payers it both of those ends of the same list.

Where is your Village or Town on the Master Data List?