Gold, Silver & Bronze – When being in the Top 3 is not what you want.

Once again, it's just numbers, and many have said they don't lie. But how many people talk about the real story behind those truthful numbers?

Village Government across the state is costing NY Taxpayers dearly...

NY State Legislators agreed that this was unnecessary taxation of its citizens and in 2010 they came up with the NY Government Reorganization and Citizens Empowerment Act (GRACE). That law identified about 555 "opportunities" to reduce taxes statewide with the reduction of local VILLAGE government by either consolidation with their towns, or enabling "shared services" with the towns, or by giving Villages and or citizens an easier path to outright Village Dissolution.

The ECNA has been focusing their attention on the GRACE Law and how Erie Canal neighbors may be affected by it. The NY main canal channel has about 32 villages on its waterways, villages are targeted group for Government Reorganization. Many of those Village residents are strapped with supporting their County & Town through Property Taxes as well as having to pay an additional tax to support the Village Government if they reside within it's boundaries. It is a double tax on a small portion of the overall "Town"population and seems like unfair taxation as most of the townspeople use their local villages often.

Sadly Villagers are still being told it's the price to pay to have Village Amenities... mostly by that Village Government & Leadership that has no incentive to voluntarily reduce their costs. It appears these village leaders care less about moving NY State off the "Most Expensive US State to Live in List" than trying to retain their own jobs. So NY Lawmakers gave the CITIZENS of those Villages the power to call for a Referendum to Dissolve the Village through a Vote with the GRACE Laws. And many local villages should take their advice and do it, because.. the numbers don't lie.

WHAT DO THE NUMBERS SAY?

The ECNA analysis looked at the length of the Erie Canal from Albany to Buffalo, like the song. There are 19 Cities, 44 Towns, 32 Villages and 35 Hamlets along the main NY Canal line give or take a few. Of those 32 villages we did an extensive data collection on the annual operating costs for those Villages and the affect on residents that support those local Village Governments through their local Village Tax.

The results are alarming and show some major inconsistencies which must have been apparent when NY Lawmakers passed the GRACE changes.

Here's a Top 3 List that should alarm EVERYONE living in a Village along the Erie Canal. It shows the cost per resident, NOT taxpayer, for the 10 most expensive villages we collected data for. Our data covers Syracuse to Buffalo right now. Note...for a family of four, in Spencerport, it cost on average $1700 per person to keep the Village of Spencerport running.

Now the problem isn't just a Village issue, it extends to Town along the Canalway as well. Here's a look at the cost for residents to support both Towns & Villages in our study... another Top 3 award that taxpayers in these locations should be alarmed about, if only to ask why. 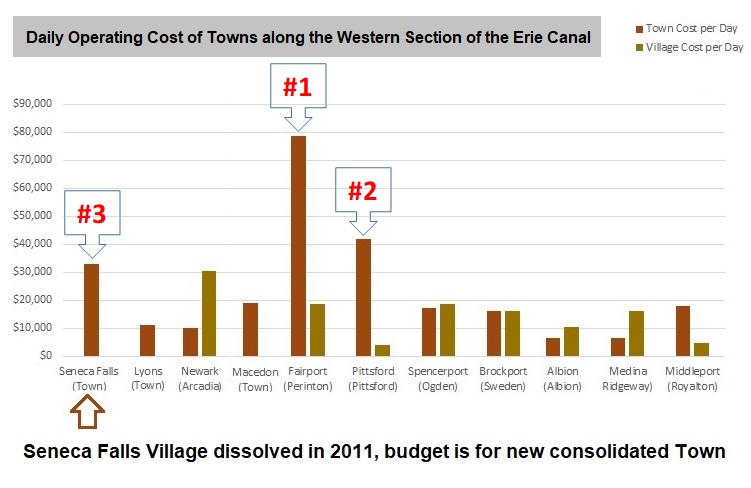 The NY Government Reorganization and Citizens Empowerment Act was meant to give some relief to NY Village residents, it can also help towns but mostly the aim was to reduce overall cost to NY State. So how much are we talking here? Well we did some simple math and looked at our sample of village data running some numbers.

Here's what we estimate could be the overall benefit to New York State, it's Taxpayers, and the heavily over-taxed Villagers who struggle to support this redundant, micro-managing local government level. It appears that the cost of running local Village Government across the state, using our data as an average, could be higher than $2 Billion. 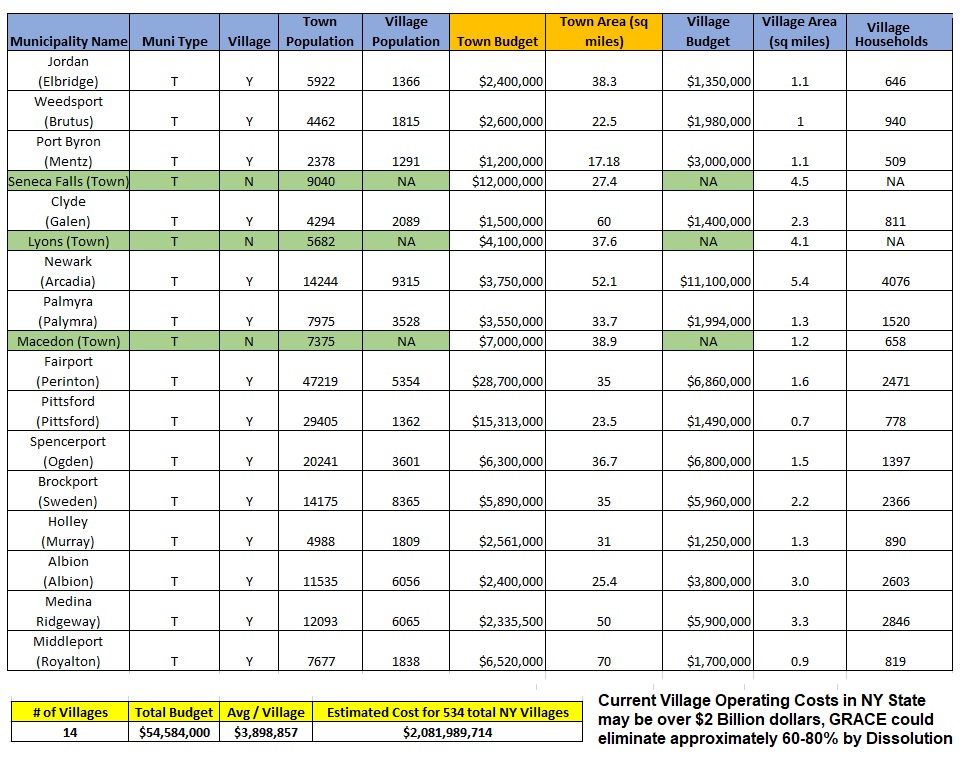 Is it time for your Village to rethink it's value to the local Taxpayers? 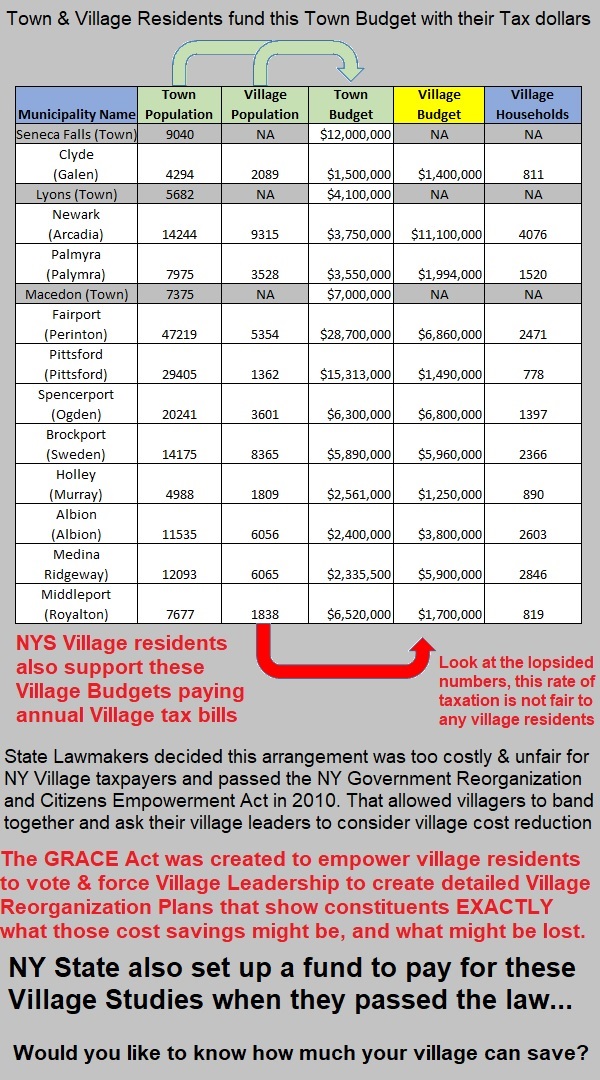